When you think of Greece, the great Greek temples and columns, such as the Parthenon in Athens, spring to mind.  These emblematic and iconic symbols are proof of how Greek architecture is remarkable in the history and building of western civilisation.

Mythology, art and politics come together to form the Greek architecture that has survived time and come down to our day. These three pillars of ancient Greek society are easily recognised and understood in architectural works. Also known as classical architecture, the Greek style prioritises public and open-air works.

Curious to know more about this architecture that still today is still reverberating in architects and engineers all over the world? Then come follow this post with us. We’ll tell you all about Greek architecture:

The history of the Greek architecture has its origins in the 8th century BC and extends until the first century AD. This particular type of architecture refers to the Greek speaking people who lived in the region of Greece, Peloponnese, in the Aegean islands, in the Greek colonies in Ionia (coast of Asia Minor) and in Magna Grecia (Greek colonies in Italy and Sicily).

The architecture of this people is directly related to Greek mythology, it is no wonder that the greatest works of this period are the temples erected on behalf of the gods. In fact, it was in the temples that the social life of the Greeks took place. They held civil, religious and sporting events there.

But it wasn’t only temples that formed Greek architecture, there were also the theatres, squares and stadiums, places where Greek citizens exercised the newly formed idea of democracy.

Marble was the main material of Greek constructions, used in practically all works. Besides it, Greek architecture still made use of stones, wood and bricks, using a fitting system very similar to the one used by the Egyptians and less sophisticated than the one developed by the Romans.

The Greeks were extremely rational and their constructions were mathematically perfect. Greek architects relied mainly on calculations, rules, proportions and perspective so that the works expressed greatness and perfect harmony.

The place where temples were built was also important in Greek architecture, and in this case, it can be seen that most of the temples were built in high places so that the effects of light could enhance and valorise the architecture even more. In this way, temples could be seen from different angles, as is the case of the Temple of Poseidon, located facing the Aegean Sea.

See below the other characteristics of Greek architecture:

However, not all Greek constructions were exactly the same and followed the same concept. This is because there were three distinct currents within the Greek architecture, differing especially in the ornamentation of the columns. They are: Doric order, Ionic order and Corinthian order. See below how each one of them presented itself.

The Doric style developed in Continental Greece and spread throughout Italy. This is the simplest style of all and has few ornamental details, conveying a greater sense of firmness. The Doric columns are fluted and have no base.

The largest representative of the Doric order is the Parthenon, considered the most important monumental work of ancient Greece. The classical temple was built between 447 BC and 438 BC in the city of Athens in honour of the goddess of similar name, Athena.

The Ionic style, on the other hand, is dominated by the meticulous and detailed finishing at the top and along the column. The Ionic style designs transmit lightness to the works. Another important characteristic of this style is the circular bases.

The Ionic order shared space with the Doric order and developed in the Greek cities in Ionia, Asia Minor and the Aegean islands.

The Corinthian style is very similar to the Ionian with the difference that it is even more exuberant in details and ornamentation, being decorated mainly with leaves. However, the Corinthian order was not much exploited by the Greeks, precisely because of the excess of details.

It was the Romans who appropriated this style later during the rise of the Roman Empire. At first, the Corinthian style was used inside the buildings, like in the Temple of Apollo Epicurus, in Bassae. Much later the characteristics of the Corinthian style began to be observed in external ornaments, in places like the Choragic of Lysicrates and the Temple of Zeus Olympia, both in Athens.

Works and buildings of Greek architecture

Greek architecture is famous all over the world thanks to its majestic temples. The most representative of them is the Parthenon, built in Athens in honour of the city’s goddess, Athena. Even today you can visit the temple and contemplate the beauty and daring of the ancient Greek architects.

The Temple of Zeus, in Olympia, completed in 460 BC and the Temple of Artemis, in Ephesus, completed in 430 BC and considered one of the wonders of the ancient world, are two other examples of monumental works built by the Greeks. It is also worth mentioning the Temple of Poseidon, built between 444 and 440 BC on the cliffs facing the Aegean Sea.

Most of the temples also had sculptures that depicted the stories of Greek mythology or important historical facts of the city where they were built.  All sculptures were always richly decorated with ornaments and paintings.

Stoas were another very common type of structure in ancient Greece, formed by a long row of columns supported by a smooth, covered wall. The stoas were used for many different purposes, among them as a place for gathering, storage and sale of goods.

The Greeks also contributed greatly to the structure of the theatre we know today. It is believed to have been formed around the 5th century BC, although there is evidence that shows that the Greeks already gathered in public places for this purpose long before that period.

There is no lack of ancient Greek theatres to exemplify the appreciation that these people had for meetings and artistic and cultural manifestations. One of the best known is the Theatre of Dionysius Eleutherius in Athens, where the plays of Sophocles, Euripides, Aeschylus and Aristophanes were first performed.

However, the largest ancient Greek theatre is the one in Argos, with a capacity for 20 thousand people. The best preserved theatre is the theatre of Epidaurus, which still hosts performances today.

Stadiums are another great legacy left to the world by the Greeks. Initially they were built next to natural landfills, but over time they began to gain more elaborate structures, with rows of stones and even steps that served as seats. The most famous stadiums of classical Greek architecture are the Nemea and Olympia, with a capacity of 30 thousand and 45 thousand people, respectively.

What the ancient Greeks did for public buildings is not noticeable in private dwellings. Greek cities resembled mazes, with houses built haphazardly in narrow, chaotic streets. The first Greek dwellings date from the 4th century BC and were very simple, built with bricks and dirt floors, without any specific design. From the 5th century onwards, the first stone houses began to appear, with plastered walls and decorated with paintings.

Influence of Greek architecture in the world over the centuries

The first to be influenced by Greek architecture were the Romans. They appropriated the Greek aesthetics and construction technique, adding, however, new concepts and ideas. Even with some distinctions, the similarity is still remarkable, and so Greek and Roman architecture came to be known as Classical style architecture.

With the end of the Roman Empire, the arts and classical architecture fell into oblivion, spending the entire long period of the Middle Ages abandoned. It was the Renaissance, a style which emerged in Europe between the 14th and 16th centuries, which brought the Classical style out of penumbra by promoting, literally, a rebirth of the ancient Greco-Roman culture.

In the 18th century, the neoclassical movement brought the Greco-Roman style back to light, inspired by the ideas and concepts of classical art and architecture.

Today, classical Greek architecture can be seen in buildings and interior design with projects that excel in the use of symmetrical patterns, refined, exuberant and grandiose ornamentation. 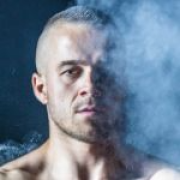 I'm a freelance writer and digital marketing expert with more than ten years of experience working in startups. I've worked on successful launches, managed content, and performed SEO audits for companies that span the gamut from ecommerce to tech and everything in between

With Product You Purchase

Advantages, 59 Photos and Ideas glass roofs to Inspire You
August 9, 2021

Advantages, 59 Photos and Ideas glass roofs to Inspire You